Breast cancer is the most common cancer amongst women. Below, we list some striking statistics about the disease:

What is Pink Ribbon?

Pink Ribbon is Belgium’s national organisation that aims to improve medical treatment for breast cancer and enhance breast cancer patients’ quality of life. Our mission is to reduce the disease and its effects. We set up various projects in Belgium to improve the prevention and early detection of breast cancer and the psychosocial care of patients and their families and friends.

Did you know that 1 in 3 cancer diagnoses can be avoided by adopting a healthier and more balanced lifestyle? If you exercise for at least 30 minutes every day, control your weight and avoid alcohol, tobacco and drugs, you are already well on track. Pink Ribbon feels it is important to inform the general public and raise awareness about this issue.

Did you know that when diagnosed early, 9 out of 10 breast cancer patients will still be alive after 5 years and the majority will have overcome the disease? It is a hopeful fact, but one that is not sufficiently known.

The sooner you detect breast cancer, the less invasive the treatment will be and the greater the chance of being cured.

Did you know that there is still a lot of room for improvement in terms of the right way of communicating with patients and their families? When a woman is diagnosed with breast cancer, the medical staff will be focusing mainly on the treatment. This is obviously necessary, but not sufficient. Once the diagnosis has been made and patients leave the doctor's surgery, they often feel a great deal of anxiety with many questions about the future. In order to address all these questions, clear and transparent communication is very important. 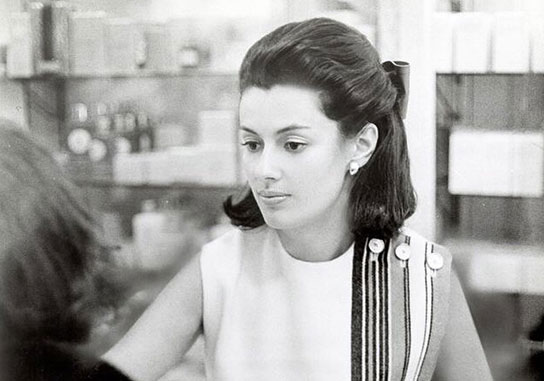 The history of Pink Ribbon

Evelyn Lauder, daughter-in-law of Estée Lauder, launched the first Breast Cancer Awareness campaign and created the small Pink Ribbon in 1992, a time when thousands of women were dying of breast cancer but the topic was hardly ever talked about. The Pink Ribbon immediately became the universal symbol for breast health. Convinced of the importance of communication in the fight against this disease, Evelyn Lauder worked tirelessly on the Pink Ribbon campaigns to raise public awareness, inform people about breast cancer and raise funds for scientific breast cancer research. Evelyn Lauder unfortunately passed away in November 2011, but her efforts will live on in the Pink Ribbon.

In Belgium, the non-profit organisation Pink Ribbon is the national organisation that supports the fight against breast cancer with various projects. To finance our projects, we raise funds that are managed by the King Baudouin Foundation. Every donation that is made contributes to our mission.

I want to contribute and become a donor!

I want to join the fight and set up an event!